View cart “The Politics of My Heart” has been added to your cart.

Most of the lawyer poets represented in this anthology are practicing lawyers (and judges); a few abandoned the legal profession to take up teaching or literary work. The lawyer poet knows both worlds. For this rare species of poet, there’s simply no walking away, no pretended separation, and no compartmentalization of the world of the poem and the world of law.

Most of the lawyer poets represented in this anthology are practicing lawyers (and judges); a few abandoned the legal profession to take up teaching or literary work. Unlike most lawyer poets, who do not, in their poetry, explicitly lay claim to being lawyers and maintain a wall of separation between law and poetry, the poets in this anthology do not remain silent about the legal world in which they work. The lawyer poet who would disguise his life as a lawyer is one kind of poet. This anthology represents a rarer specimen, the poet who finds a place for the world of law in his poetry. For this rare species of poet, there’s simply no walking away, no pretended separation, and no compartmentalization of the world of the poem and the world of law. The poet knows both worlds, and thus is borne legal verse.

AM: I want to come back to Corrington in a minute.  He’s someone I’ve grown to admire, and I have you to thank for introducing me to his work.  First, though, I’d like to discuss your book, Lawyer Poets and That World We Call Law.  You published several lawyer poets in it.  How did you decide which poets and poems to include?

JE:  I discovered the work of all the lawyer poets whose poems appear in Lawyer Poets and That World We Call Law during the decade that I tried to identify all the lawyer poets in the U.S., from the first days of the republic. It got to be something a bit more than a research project. I simply wanted to know every lawyer I could identify throughout our history that had taken up with the muse. Along the way, I began to collect a rather substantial list of contemporary lawyers who write and publish poetry. I started reading the poetry and then began to publish the best of what I found in the Legal Studies Forum, a journal I’ve edited for over 15 years now. I might note that most lawyer poets do not write poems about the law and the practice of law and I did not seek out law-related poems. We have a long history of legal verse and most of it is rather bad. What I found in the work of the lawyer poets I was publishing was an occasional poet and an occasional poem about the practice of law that sounded right to me. After publishing the work of lawyer poets for a decade, I found, looking back on what we had published, that the lawyer-related poems held up quite well. And, I found that they looked still more interesting when they were collected and laid out poem to poem. It dawned on me that I had published the best lawyer-related poems in the past 50 years, and that the poems deserved their own anthology.

2 reviews for Lawyer Poets & That World We Call Law 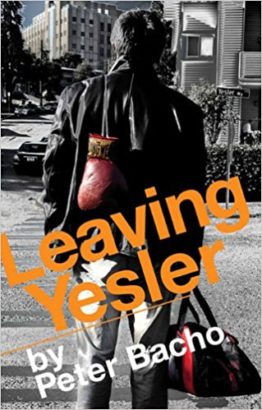