Too Small to Hold You

This is a touching collection of poems celebrating the birth of the author’s baby and more.

“These poems have weathered a lot: relationship and marriage, a new house built, the nurturing of two small children, a mother’s struggle with cancer, the death of several friends. A lot for such a young life. As we read, we see the poems have weathered in the same way boards from our western red cedar assume the silver patina deal out by rain, by fog, by sun. Underneath, the wood’s strength carries on, protecting those it shelters. Risk the wind, the small daughter urges here parents in “Birds.” And the poems do, calling us to take the risks our lives present, not because safety lies there, but because our lives do, as this poet so ably makes clear.” —Alice Derry

Out of print but can be found at other online stores.

Yet the reality he relates in his conversations contrasts with the elusive relationship he has with the woman he is talking to and with another woman sitting alone at a table, as well as conflicting with the fanciful workings of his mind. Two childhood visions, one of a merry-go-round which has become symbolic to him and, the other, the words of advice from his mother, keep recurring throughout his story, explaining much of his adult behavior.

Kate Reavey’s poetry is as much inspired by the rhythms of weather and seasonal change as it is by human relationships. A student of Gary Snyder, Reavey has published two limited edition, letter-pressed chapbooks, “Through the East Window” (Sagittarius) and “Trading Posts” (Tangram). She is co-director of the Foothills Writers Series, founder of the Poetry at the Brewery series in Port Angeles, and adjunct poetry editor of the Pharos, Journal of the Alpha Omega Alpha Honors Medical Society. Her poetry has appeared in Mothering magazine, the Western Journal of medicine, and on the Lost Mountain Poesia. She and her husband make their home in the foothills of the Olympic Mountains, where Reavey worked five seasons as a park ranger and six years as a college instructor before settling into life with two small children. Her newest book is Curve (Empty Bowl 2022). 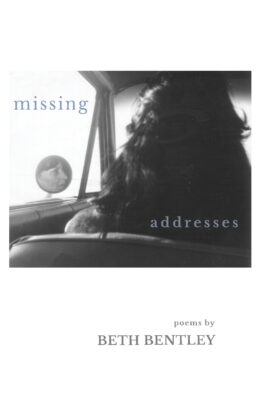