The Resettlement of Isaac

A theater adaptation and companion piece to Isaac. The Resettlement of Isaac takes place many years later in New York. The elderly Isaac is still haunted by the memory of his first love. His only friend, a young German-American woman…Deeply affected by Isaac’s past, becomes the loving caretaker of his memories after he is gone. The play confirms what Faulkner once wrote, “The past is never dead, it’s not even past.”

Click add to cart for the paperback. Duo: 25% Off with Coupon code: Isaac_set / Just add Isaac to cart as well, and then use coupon code when checking out.

The Resettlement of Isaac is a theater script, companion piece and sequel to the historical fiction Isaac based on the true, incredible story of Isaac Gochman, a 17-year old from Rovno, Poland, who, in one horrific night, survives a Nazi massacre of his entire family along with 20,000 other Jews. Thrust alone into the forest and the wilderness of war, Isaac finds the courage to fight back as a Russian partisan blowing up Nazi trains, and finds the passion to fall deeply in love with Anya, a Russian partisan nurse—in love for the first time in his young life. It is a tragic love that transcends religious differences. Many years later in New York, the elderly Isaac is still haunted by the memory of his first love. His only friend, a young German-American woman, is tormented by doubts about her father’s role as a German soldier during the war. Deeply affected by Isaac’s past, she becomes the loving caretaker of his memories after he is gone. The play confirms what Faulkner once wrote, “The past is never dead, it’s not even past.”

Robert Karmon is an award winning playwright, published poet, short story writer and published screenwriter, who has worked on screenplays for Columbia pictures, CBS and Eddie Murphy Production. He was a member of Playwrights Horizon and Edward Albee’s Playwrights Unit. His plays have been staged at Brown University, New York’s Playwrights Horizons, where both his plays, “Demons” and “The Conditioning of Charlie One,” were performed. His play, “The Waiting Room…” about the tragic life of 20th Century physicist, Paul Ehrenfest, was chosen by Urban Stages theatre for their “New Works for a New Season” and was later staged at The Workshop Theatre Company as part of their “Plays in Progress” program. His play “Caliban and Miranda,” won Atlanta’s Clayton State Theatre International Playwriting award. He has seen his plays staged at La Mama’s Extension Theatre, and Long Island’s Arena Players and in many regional theatres around the country. As a Professor of Literature and Creative Writing, he has taught at Temple University, Queens College, Hunter college, and is currently Professor Emeritus of Literature and Creative Writing at Nassau Community College in Garden City, Long Island. His book, Isaac was published by Pleasure Boat Studio in 2017. He is married with two daughters and three grandchildren.

“In directing the first staged reading of this play, I saw how deeply the actors and audience were moved and affected by it’s love story. From the first time I read the script, I, too, was profoundly touched by the way this drama connects the haunting ghosts of a Holocaust event with the redemption of a past love re-enacted in the present. It is a passionate, poignant drama that spans the years between generations and cultures, spiritually binding the young Isaac and the elderly Isaac to the Russian woman who loved him in the past, and the contemporary German-American woman who finds herself loving him now. It is a truly magical and transcendent theater work.” –ROBERT KALFIN, Director, founded New York’s Chelsea Theatre Center, winner of five Tony Awards, four Tony nominations and 21 Obie Awards. Mr. Kalfin directed more than 200 productions and new play workshops, musicals and the classics on Broadway, Off-Broadway, in major American regional theaters, in Europe, and the Middle East. His many Broadway productions include Strider, Yentl and Candide. He also directed the television production of The Prince of Homburg starring Frank Langella, for the PBS Great Performances “Theatre in America” Series.

THIRTY years ago, New York playwright Robert Karmon first met Holocaust survivor Isaac Gochman, who wanted his amazing story to be told. Last week, Robert finally published his first novel, Isaac, based on Gochman’s life. The 78-year-old explained the decades-long delay. He said: “In the late 1980s, my agent put me in touch with Isaac. I didn’t believe Isaac’s story at first. He was in his 70s. I went to his home in the Bronx. As I sat down in his little kitchen, he started talking about his experiences surviving the massacre in Rovno, Poland.”

In 1941, more than 20,000 Jews from the city were shot and buried in trenches. Among the victims were Isaac’s parents and aunt. Wounded Isaac, who was then only 16, was buried alive, only to later miraculously emerge, naked. After surviving months of wandering alone around forests, Isaac joined a band of Polish partisans. The group included a nurse Ducia, with whom Isaac fell in love. Sadly she became ill giving birth to Isaac’s child and was never seen again after she was taken away for hospital treatment. Broken-hearted Isaac was proclaimed a hero by the invading American army after saving them from a Nazi insurgency.

Robert, professor emeritus of literature and creative writing at Nassau Community College in Garden City, Long Island, told me: “The story sounded so incredible at first that I didn’t believe it. But Isaac started sharing photos and hand-written notes with me and it became obvious that it had really happened to him. Yet he was such a sweet, incredibly tranquil individual. I kept coming back to him once every two weeks. We began to put together some notes to turn the story into a novel. I was at his place at least 10 times over the next few months. Eventually I began writing the book. I shared the first few chapters with him. Then he moved to Florida. My agent died and we lost touch. But he had left me all his material.”

The writing of Isaac went on Robert’s backburner as he concentrated on writing plays and teaching creative writing. Nevertheless, over the years Robert kept returning to it.

He said: “As I was nearing the end of the novel, I tried to trace Isaac. I had lost his address. I found a different Isaac Gochman. But eventually I discovered that he had died in 1993. I was disappointed. I would have loved to have shared the book with him. I think he would have been happy. He had seen the first few chapters. Those were the most difficult ones.”

The first chapters of the book describe the horrific Rovno massacre. The task of writing them was made difficult for Robert, not only because of horrific nature of the material, but because Robert’s fear of flying made it impossible for him to actually visit Poland.

Robert, who is married with two daughters and three grandchildren, said: “I have never visited places which are monuments to the horrors of the Holocaust. But I did a lot of research. As a writer I projected myself into that world. It was difficult writing the first few chapters about the death march and Isaac’s survival from the grave in the trench from which he climbs out naked. It was the most difficult writing I have ever done. It was a privilege to deal with it, but there was also a feeling that somehow it was beyond me. It took me a long time to get it right without exploiting it and becoming too graphic, but at the same time being as true as possible.”

Robert added: “It was another element of the Holocaust. The death camps have become almost tourist attractions as monuments so people will never forget. But it is very hard to signify by monuments, people like Isaac’s parents, who were buried in trenches in horrifying massacres. The Nazis threw quick lime over them and they were forgotten forever.”

Robert, who has worked on screenplays for Columbia Pictures, CBS and Eddie Murphy Productions, continued: “The things Isaac told me helped me understand it. Then I had to go back and search for texts about the forest. Somehow I created a real world I had not visited. The book becomes a kind of testimony or legacy for Isaac. Whatever I wrote, I heard Isaac always whispering in my ear. He was such an impressive and wonderful man. He gave me permission to make it fictional and add my own insights and literary style. I could not have done it without him. I wish I could have seen him again so I could have shared the novel with him.”

Isaac was given honorary citizenship of America for having saved the lives of American soldiers. He was granted a prestigious job in the US Postal System, where his knowledge of five languages came in handy.

By the age of 16, not only had Isaac become a linguist, but he also had medical knowledge from helping out his older brother Dr. Sol Gochman, a popular Rovno doctor, who was shot for not carrying out the Nazis’ instructions. Even though he married and had a family in America, Isaac never forgot his first love, Ducia.

Robert has also adapted Isaac’s story into the play The Resettlement of Isaac. Isaac is published by Pleasure Boat Studio

2 reviews for The Resettlement of Isaac 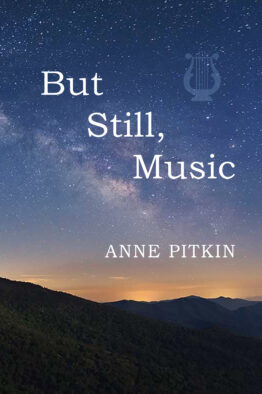