End of the Sherry

Memoir. LGBT. A young American finds himself abandoned in southern Spain in 1965 with a dog and a dubious car, and stumbles into work as a nightclub pianist and stays for three improbable years. His own adventures blossom into a portrait of provincial Spain toward the end of the Franco dictatorship.

Literary Nonfiction. Memoir. LGBT Studies. THE END OF THE SHERRY recounts what happens to a young American who finds himself abandoned in southern Spain in 1965 with a dog and a dubious car, who stumbles into work as a nightclub pianist and stays for three improbable years. His own adventures blossom into a portrait of provincial Spain toward the end of the Franco dictatorship—bleakness that breaks into unexpected hilarity even as the author discovers his calling as a person and a writer. His return to Spain after the death of Franco puts it all into perspective.

The End of the Sherry won the 2014 Silver Medal for the most outstanding nonfiction book of the year awarded by the Independent Publishers Association.

Read about The End of the Sherry in the Aspen Times.

“Raucous adventure transpires… Berger writes richly and animatedly about the people he met, the places he explored, the spiritual subjects he parsed, and the unforgettable experiences he lived to the fullest during his time in Spain… Berger’s dynamic and lively prose, proves thoroughly infectious…” –Craig Manning, Independent Publisher Magazine (Read the entire interview)

A kinetic memoir… an engrossing adventure.
Lovely anecdotes follow one after another, a connoisseur’s selection painted with specificity and a bright palette. When Berger wrestles with the meaning of cachondeo, he defines the picaresque nature of his own existence. —New York Journal of Books

Bruce Berger, www.bruceberger.net, is an award-winning nonfiction writer and poet of ten books, best known for his works exploring the intersection of nature and culture, usually in desert settings. Those works include the essay collection THE TELLING DISTANCE: Conversations with The American Desert (winner of the 1990 Western States Book Award for Creative Nonfiction and the 1991 Colorado Book Award); THERE WAS A RIVER, its title piece a narrative of what was probably the last trip on the Colorado River through Glen Canyon before its inundation by Lake Powell; and ALMOST AN ISLAND, which recounts three decades of exploration and friendships in Baja California. His desert writing has been widely anthologized. Mr. Berger’s recent book is OASIS OF STONE, in collaboration with award-winning photographer Miguel Angel de la Cueva. “A knock-out look at Baja California Sur” The San Diego Union-Tribune. Winner of the 2006 ForeWord Silver Award for nature writing.

His work has appeared in hundreds of publications, including THE NEW YORK TIMES, BARRON’S and OUTSIDE. For three years he was a contributing editor at AMERICAN WAY.

In October of 2008 Mr. Berger was selected by The Department of State to represent the United States at an international literary conference held in northern India. After the conference he was invited to spend a week reading from his works in New Delhi and Mumbai.

Mr. Berger was born in Evanston, Illinois. He is a graduate of Yale University.

1 review for End of the Sherry 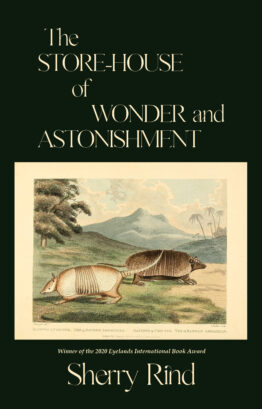